Avoidance isn’t a problem for IRTE as the award-winning improvisational group gives its all at each performance. The Producers Club’s Crown stage rolled out the red carpet for contestants to confront their demons for a chance to win the grand prize.

Skillfully mastering the curveballs the audience pitched at them, the cast played a game where the winning introvert would procure his/her own isolated island. The extroverts did their best to draw their constrained counterparts out of their shell while cavorting with Tym Moss to show the introverts what they are missing. 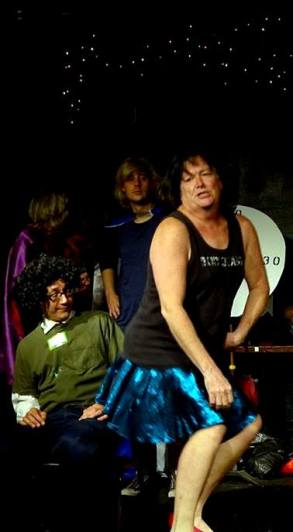 You’ve pressed your luck and missed the final Avoidance! performance but the only losers are those not taking advantage of an upcoming show.

NYCtravels: No Suitcase is Required

This is a text widget. The Text Widget allows you to add text or HTML to your sidebar. You can use a text widget to display text, links, images, HTML, or a combination of these. Edit them in the Widget section of the Customizer.